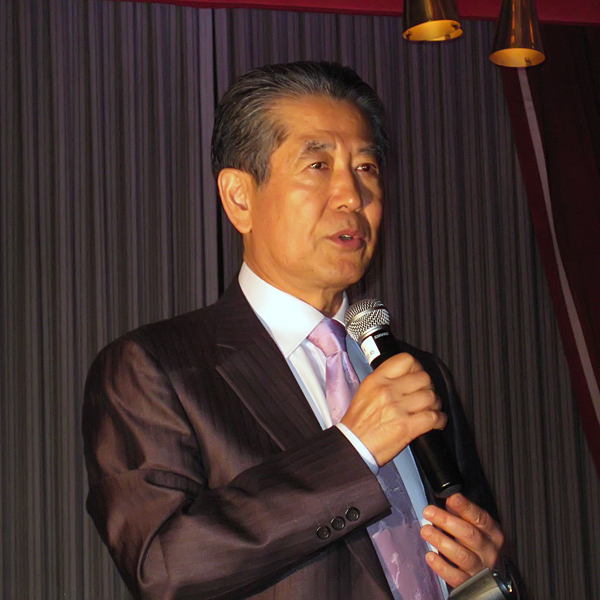 Sang Man “Sam” Han founded the Han-Schneider International Children’s Foundation (HSCIF) in 2008 after being diagnosed with terminal cancer a few years prior. He invested what little savings he had left into the foundation with the desire to accomplish one goal: to leave a legacy of unconditional love, helping to save and care for as many vulnerable children throughout the world as possible. Despite facing an unrelenting enemy and enduring years of harrowing, painful treatments, Sam never lost sight of his purpose nor did his dedication ever waver. Giving up was not an option for him. Even as he underwent aggressive chemotherapy treatments during those 10 years, Sam was always there to enthusiastically greet and inspire all supporters, donors and volunteers who were helping with the foundation. His passion and love for the children he was helping was so palpable and unequaled that those around him couldn’t help but get involved. With a team of dedicated volunteers and supporters around him, Sam built an organization to help feed, clothe and offer hope to the many voiceless children around the world.

Sam Han lost his battle with cancer in June 2012 but not before he achieved everything he set out to accomplish and so much more. Han-Schneider International Children’s Foundation will continue Sam’s mission and hope to inspire others not through words but through action, just as Sam did.

The story of Sang Man “Sam” Han started the day the Korean War broke in 1950. He and his family had just crossed the bridge on the Han River with his backpack full of all their worldly possessions. Off in the distance, sounds of a gun fight and explosions rang through the air. Confusion, madness ensued. Sam fled and soon his family was nowhere to been seen. Merely 6 years old, Sam Han was alone. He walked the streets for days hoping to be reunited by his family. After wandering for days, Sam found a church playing beautiful music and in this tent was people and food. Sam did not know it yet, but God was calling him.

Sam Han continued traveling until he happened to come across a small farming village, where a local farmer had found him and took him in. Although they were poor, they allowed Sam to live with them and sent him to elementary school. After completing elementary school he felt a need to continue his education but the local school did not offer classes beyond the 6th grade. Sam picked up and left, knowing the importance of an education.

He walked for several days until he reached the capital, Seoul. When Sam finally arrived, he was hungry and exhausted. He went to a large church in Seoul and met a man who took him in, fed him and gave him a place to stay. He informed the man that he needed a job so he could attend night school. The man took him to this bakery where he got a job as a buss boy. Unfortunately, he was working all day and into the night and it was not conducive for a child trying to go to school as well. Again, Sam realized he needed to move on.

Sam had learned about a large hospital in Seoul. Being the unabashed young man he was, the next day he went there to meet the head man of the Hospital but he was stopped at the door by his receptionist. In the course of his confrontation, an American man happened to overhear the argument. Sam informed him of his situation and the American man grabbed his hand and took him in to see Dr. Kim, the Hospital Administrator. Unfortunately, Sam was too young for a job in the hospital. As Sam was ready to leave, Dr. Kim asked him to stay a bit so he could figure out how to help this little boy. Dr. Kim gave Sam words of wisdom and encouragement then pulled out his wallet and handed Sam all of his cash.

Slightly discouraged, Sam walked out of hospital, when he heard a voice of a lady saying “Little boy, little boy…come back!” She asked him to follow her back into the building and when he went upstairs, he was greeted by a different American man, Dr. Arthur Schneider. There, he saw the previous American man whose name is, Dr. Mitchell, along with an interpreter. They all spoke for hours trying to figure out the story of this little boy. Sam explained his long treacherous journey and purpose of his visit to the hospital. Intrigued by the story, Dr. Schneider offered to not only support Sam financially but also provide care, housing, and Sam’s main desire – an education.

A few years passed and Dr. Schneider and Sam built a loving and strong relationship. Dr. Schneider followed through with his promise but his work project in Korea was done and he was preparing to go back to the United States. Unfortunately during that time, US law stated that a single person could not adopt a foreign born child. However, Dr. Schneider was not going to give up on Sam so easily. He did everything possible to figure out a way to adopt Sam and bring him back to the States. With his political connections and honorable contributions to the US government, Dr. Schneider was able to get a special private bill drafted in his favor. In 1961, by order of the President of the United States, Private Bill S1100 was passed on the 11th hour. This was the first time in the US history where a bachelor adopted a foreign born child to bring him in as an immigrant. This was indeed a miracle and a milestone achievement.

Sam went on to thrive in his new country. Graduating near the top of his class at California State Fresno University and eventually earning his MBA from Stanford University. Sam then went on to raise a family, start a business and enjoy all the successes he worked so hard to accomplish. In 2002, God grabbed his attention again. Sam was hurting, sick and in severe pain. It was at that time when Sam found out that he was diagnosed with stage 4 terminal bone marrow cancer and his life expectancy was only 2-3 years.

After battling hard for several years, Sam realized that God was meticulously working in his life and it was then where he was finally touched by God and guided to his true calling to care and save for the world’s most destitute children. In 2008, Sam officially founded the Han-Schneider International Children’s Foundation to fulfill his new purpose. With the help of volunteers and donors from across the globe, Sam got to see his vision come to fruition.

On June 23, 2012, Sam Han lost his battle with cancer. He passed away peacefully in the presence of his family and friends at the Huntington Memorial Hospital in Pasadena, CA. Although his physical body is no longer with us, Sam Han’s spirit, love and compassion continues through the work of the HSICF. 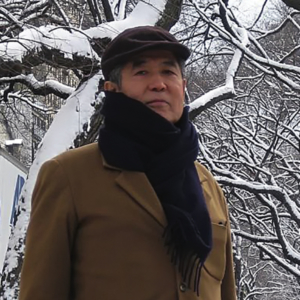 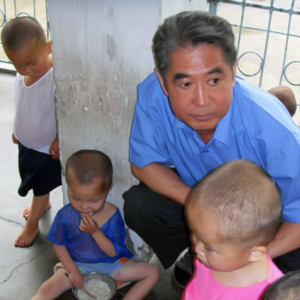 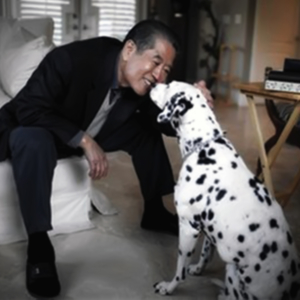 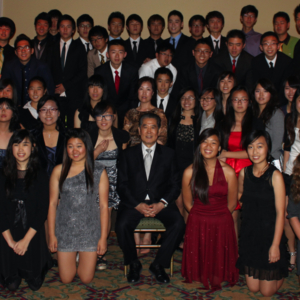