Sam Han established this Foundation in honor of his adoptive father, Dr. Arthur Schneider, who always sought to provide for other people, especially those most in need, without recognition or ego. His simple, compassionate relationship with his God and his society inspired those with whom he worked and whom he loved.

In sum, Dr. Schneider attained a high level of professional success, but it was his sensitive, humanistic approach to the world around him that this Foundation commemorates.

The Life of Dr. Schneider

The early years of his career were spent with the U.S. Forest Service. During World War II Dr. Schneider served with the Army Air Corps, attaining the rank of Lieutenant Colonel. Following the war Dr. Schneider remained in Korea with the military government, first as a provincial forestry advisor, and later as assistant chief for the Bureau of Forestry. There began his abiding love for the people and culture of Korea and left a permanent mark on Korean society.

As he left Korea, Dr. Schneider tenaciously petitioned the U.S. government to adopt Sang Man Han, a young man he had met during the course of his work. Sang Man was living in poverty, but displayed intelligence, persistence and wit. With the help of Clark McGregor, Sam Han and Dr. Schneider then a congressman from Minnesota, and Senator Hubert H. Humphrey, Dr. Schneider earned special congressional approval for the entry of Sang Man into this country as his adopted son.

Upon his passing in 1995, Dr. Schneider was recognized by countless friends and associates for his professionalism, his compassion, and his quiet, dignified manner. In recognition of his ongoing, abiding compassion for those whose lives are limited by harsh circumstances and lacking in the hope that should guide the future of each child, the Han-Schneider International Children’s Foundation is committed to serving the needs of vulnerable children around the world in the name of this remarkable, humble man. 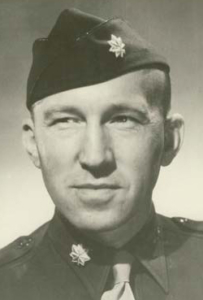 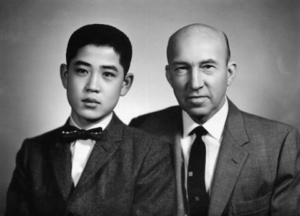 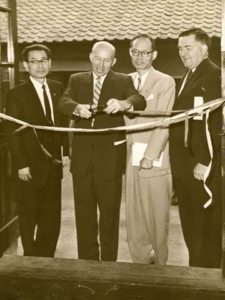