2018 was a great and exciting year for the Han-Schneider International Children’s Foundation. We celebrated our 10 year anniversary and expanded our reach into new territories. In addition to supporting our ongoing programs in Cambodia, Mexico and Tanzania, we initiated a new domestic program in Las Vegas to serve inner-city schools in preparation for their new school year. Here are some of last year’s highlights: 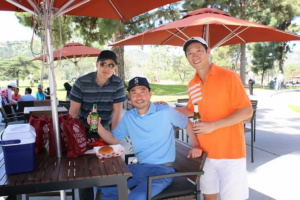 In April, we hosted the 5th Annual “Sam Han Classic,” a charity golf tournament at the beautiful Brookside Golf Course in Pasadena, California. The tournament was started to honor our late founder and his passion for the game while helping the children he loved. Last year’s tournament attracted more than 80 participants. The tournament featured various contests including a male and female long-distance drive, closest-to-the-pin, and three hole-in-one locations with the biggest prize being $10,000 cash. In total, the tournament raised nearly $18,000 for our programs. 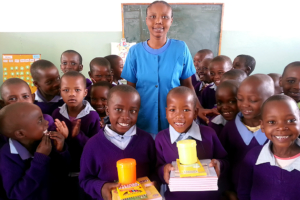 The Tanzania program continued to thrive in 2018. We continued to support the Meserani preschool with a free education, a daily nutritious meal and medical care for approximately 60 students annually. We also saw another graduating class of 30 students – who demonstrated the skills and ability to continue their primary education at another school. The Han-Schneider Vocational School also graduated 10 students in sewing and computer training – these graduates will be able take their acquired skills to start their own small businesses or work for a local company to sustain themselves and their families. This program has been essential in improving the local Maasai community by breaking the cycle of poverty and creating a new cycle of prosperity.

In Cambodia we continued to operate the Han-Schneider Balang Preschool in Balang Village where over 30 students benefited from a free education and daily meal program. The school also serves a dual purpose by transitioning into a church for Sunday services. We have begun to plan some improvements and general maintenance for the school which should take place in early 2019. Our focus has been centered on early childhood education which studies show is so crucial in a child’s life. The Balang community has prospered by placing their children in school instead of having to work with their parents. This program has given families and their children a true opportunity for a meaningful future.

Our Mexico program endured some challenges this year as our food shipments were initially held at the border and not able to reach its final destination. Our shipment was ultimately diverted to a local warehouse for storage until we were able to transport each pallet by truck on several trips. This was done through a collaborative effort with our partner Genesis Diez whose determination and connections in Mexico finally got our meals to our children. While future shipments could still foresee problems at the border, we are hoping and praying for a speedy resolution. We are determined to continue to get these meals to the children who need it most. 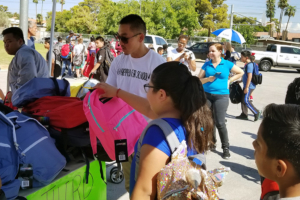 This past year saw the launch of our first domestic program in Las Vegas, Nevada. The “Prepped for School” campaign was the vision of FoodieFit owner Alex Lee and HSICF Director of Operations Zachary Lopez. You may remember FoodieFit and HSICF teamed up for a meal-for-meal campaign in 2017 that helped provide enough meals for an entire school for one year. This year’s campaign was focused to help inner-city kids in the Las Vegas area by supplying all the students at Robert E. Lake Elementary with backpacks and school supplies for the entire year. The money raised also helped construct an herb garden at the school and build an outdoor classroom with brand new landscaping, a pergola and whiteboard. It also started a Wall of Fame for all the donors and supporters who have played a role in helping the school achieve its goal. This campaign was made possible by some big donors, including Richard Harris Law Firm and the Backstreet Boys, whose generosity helped us exceed all expectations. We are excited to announce we will continue this amazing program by adding a second school for 2019. Keep an eye out for more details in the coming months! 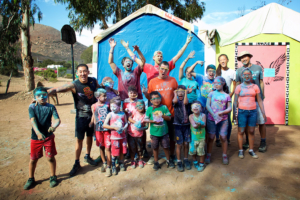 In August, we continued our mission trip program to Mexico where we were able to reunite with the orphans from Casa Hogar La Gloria orphanage. The trip featured many activities and field trips including visiting a farm, concert, outdoor camp and a final day at the beach. It again offered our supporters a unique opportunity to see how their donations impact these precious children. Keep an eye out for information on our next mission trip in 2019 – it will give you experiences, memories and friendships that last a lifetime. 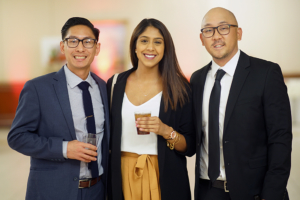 Finally in October, we hosted a benefit dinner and silent auction to commemorate our 10 year anniversary. The event took place at Casa Italiana in downtown Los Angeles. This year’s theme was “Celebrating 10 Years of Changing Lives” and highlighted all the accomplishments HSICF has achieved over the past decade. More than 150 donors, friends and family attended the gala. Award-winning writer and actor John Pollono served as the emcee and our special guest speaker was Brandon Ito from My Wish List Foundation. Brandon, who was diagnosed with leukemia as a child, gave a passionate and powerful message of determination to overcome his battle with cancer and the importance of helping children in need. In total, the event raised nearly $30,000 which will help the foundation continue its growth and expand its programs further in 2019.